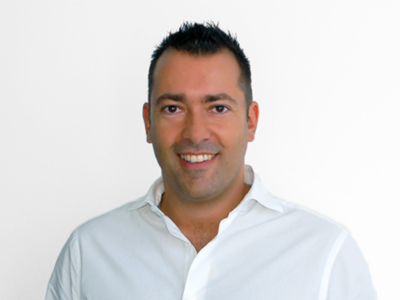 With over 21 years of professional experience out of which the last nine years spent founding and managing start ups operating in the Italian market mostly, Guglielmo Carsana is an entrepreneur with extensive experience in online insurance, automotive and Artificial Intelligence fields.

He started his career in 1998 in the Netherlands, working for GE Access (company part of General Electric), a wholesaler distributor of Superior Graphic Systems all over Europe, where he acted as single point of contact for italian customers that intended to order any equipment, from ordering to delivery and payments.

In year 2000 he moved to NCR, whose Head Quarter for European operations was based in Amsterdam. Working in an international team we was responsible to edit Quarterly Reports containing country overviews in supporting the decision making process with particular reference to Area, Customer and Offer. In 2002 he joined Teradata, a branch company within the NCR Group, were he worked as Bid Manager for Europe, Middle East and Africa, providing consultative bid support to Area Services Consultants, Pricing and Bid Teams, helping them meeting customer deadlines while ensuring a timely heads-up to Corporate.

In 2005 he joined Banca Mediolanum, a leading retail bank, recognized to be the most technologically advanced bank operating in the Italian market. Within Banca Mediolanun he became “Certified Financial Agent”, acquired and managed about 180 customers to whom he deployed banking services namely investment products, pension funds mortgages and loans. During the time spent with the Bank, Guglielmo Carsana acted also as Supervisor, mentored and trained younger bankers introducing them to on financial-banking subjects and helping them acquiring and managing new customers. Before leaving the bank he even developed, maintained and deployed investment calculator tools to support customer’s decision making on investments and funds. One of them has been commonly used at national level and known as “Carsana’s Tool”.

In 2008 Guglielmo Carsana made a 12 months full time Master in Business Administration at SDA Bocconi School of Management, where he graduated in December 2009.

During the MBA he made an intership in Finance in the Group Sixty, a large Italian Brand operating in the fashion market and based, back then, in Pescara. He accomplished the purpose of the intership by developing a tool to analyze and monitor profitability performance of each Group Subsidiary at consolidated level and provide KPI financial analysis to the group CFO. In view of tis success, he was hired in the Sixty Group right after the MBA and worked there as Senior Analyst and advised the Board of Directors on optimal debts restructuring for yrs 2010-2013 and elaborated and gathered approval by the banks on official Group Business Plan.

In 2011 he officially enter the Start-up world and founded ComparaMeglio.it, an online insurance aggregator operating in the Italian Market. Besides being Director and Member of the Board, he acted in the company as CFO at first, responsible, among he other things, to prepare monthly management accounts for company’s shareholder outlining company performances and trends compared to previous periods and budgets and providing comments on company strategy and foreseeable impacts on P&L, Cash Flow and Balance Sheet. In 2013 he became COO and took responsibility to develop all company presentations and related business and financial plans for external stakeholders (market regulators as well as potential investors and partners). Guglielmo Carsana played a key role in running operations, designing and formatting all the company technology B2C and B2B2C platforms primarily developed to interact respectively with customers and intermediaries (large brokers and banks). He exited the company in 2017 when it was sold to an existing shareholder.

In 2014 Guglielmo Carsana founded CarPlanner, an online market place operating in the Italian automotive market. Company’s focus is to address mobility needs of online users, helping them find the better solution in case they wanted to both buy or rent a new car. As Director and Member of the Board, in the period 2017-2019 he facilitated company’s restructuring in the Italian market and supported company’s expansion plans to other European countries. (Guglielmo is no longer in the management team and spontaneously withdrwan as Director in Sep 2019).

CEO at Syntlife Corp since October 2019.